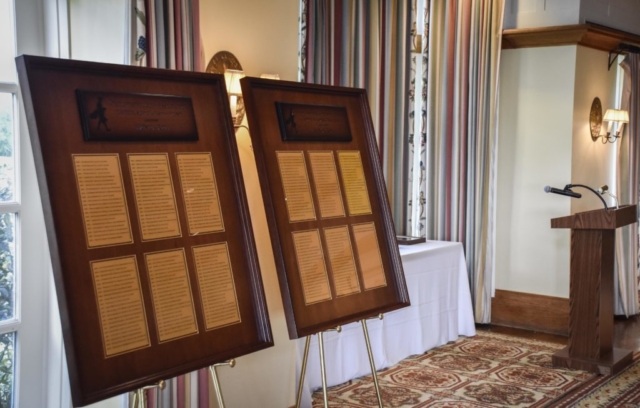 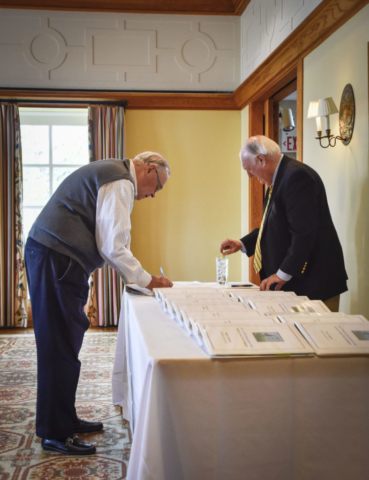 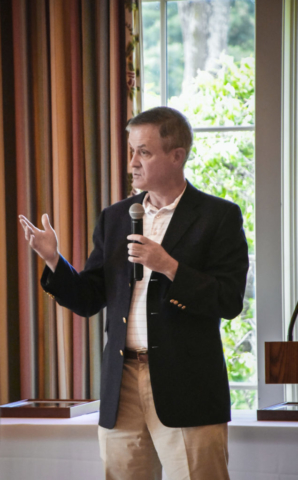 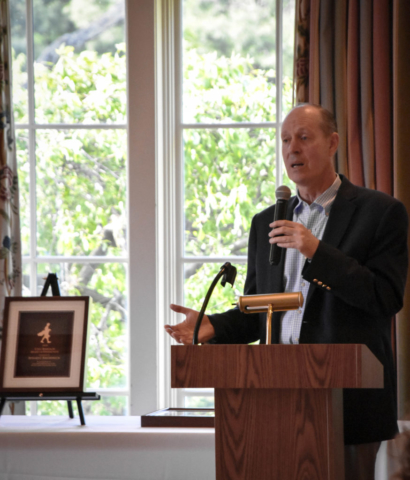 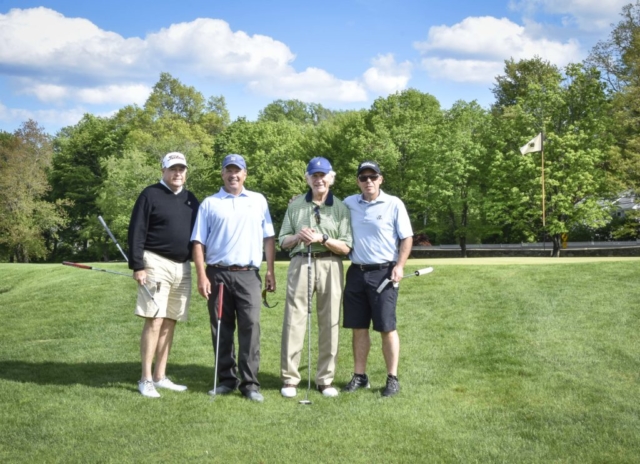 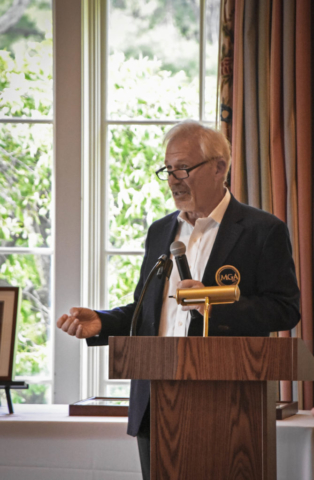 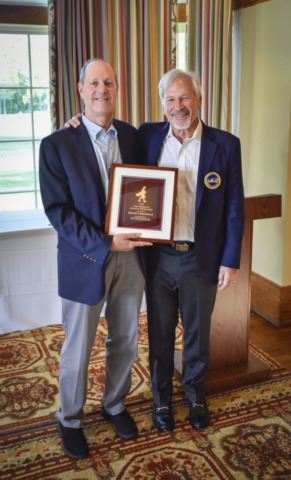 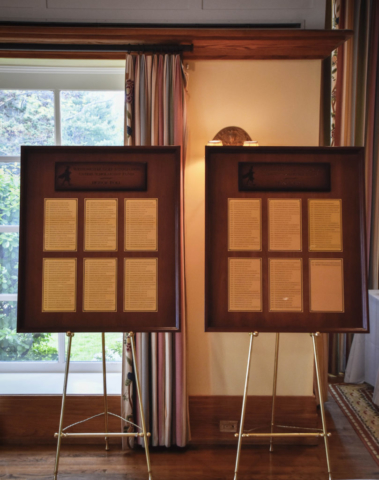 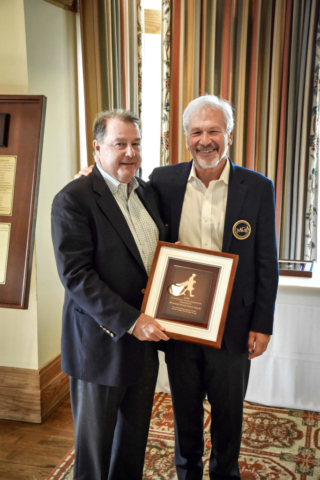 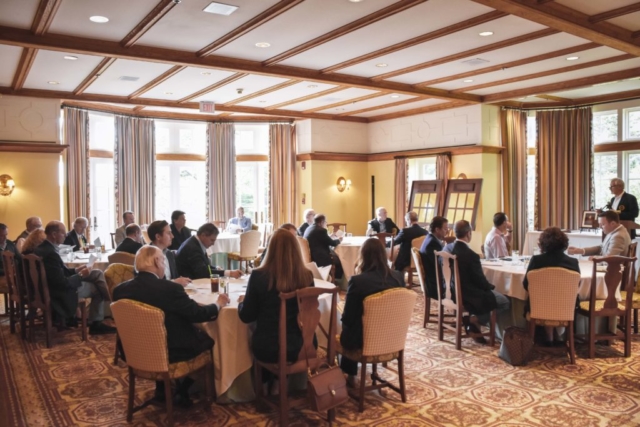 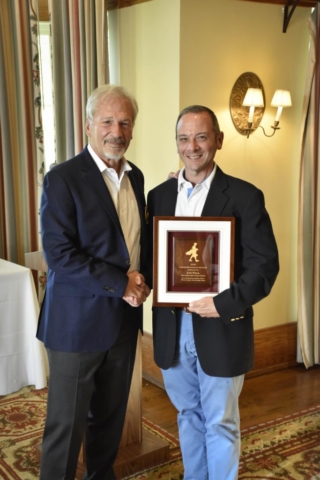 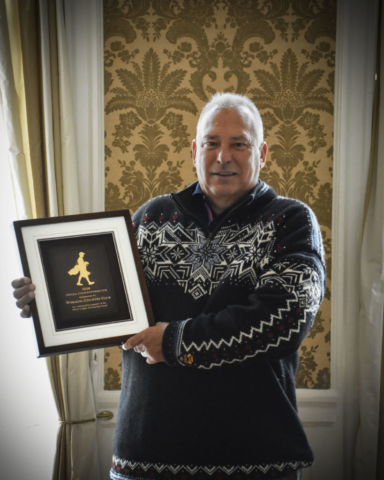 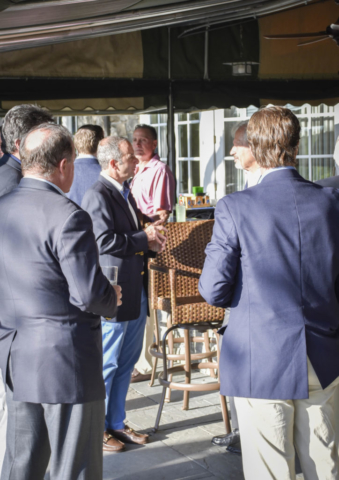 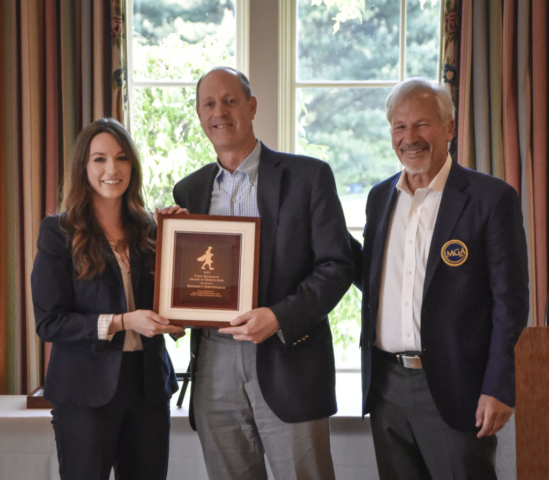 Board members, club representatives, and Friends of the Fund attended the WGACSF annual Kick Off Meeting at Sunningdale Country Club in Scarsdale, NY on May 16th. The Kick-Off Meeting acts as the unofficial start to the season, reviewing the prior year at a glance, announcing the season’s objective; and it serves as the award ceremony for the 2018 Caddie Scholarship Special Recognition Awards.

President Alan Nahoum announced several areas of focus for the fund in 2019, to include: board participation and engagement, the support of the Jay Mottola Scholarship Fund with the MGA Foundation, club contributions, and the average scholarship award. Awarded to clubs that made contributions to the Fund that exceed $50,000 in one calendar year. Awarded to club(s) that demonstrate substantial increase in club contributions from the previous year.  Wykagyl and its dedicated membership increased their bag tag contributions by $17,575 in 2018, under the leadership of Director Jim Martell. Awarded to the top club contributor, based on total contributions per capita contributions, percent increases and consistency in giving to the program.  Winged Foot has been the recipient of the Golf Club Award for 18 years.  Last year, the support from the club and its membership was extraordinary, having contributed a more than $91,000.

The Sally Francis Alumni Award is presented to an outstanding alumnus/a for his/her continued support, service, and loyalty.  Phil caddied at Knollwood Country Club for the legendary Willie Turnesa.  At the time, the Fund awarded scholarship aid to graduated students and Phil attended Albany Law School with the help of a WGA Caddie Scholarship.  A resident of the Albany area, Phil participates in our Pro-Am every year and has recruited others from the capital district to organize their own foursomes.  Last year, he sponsored a young alumnus to participate in our annual marathon, making a significant contribution to the player’s fundraising goal.  Phil continues to support the Fund financially and is a great advocate for the program.  We are grateful for his initiative to “pay it forward.” Awarded to the Caddie Manager who has gone above and beyond to support the Fund.

In 2018, Joe worked tirelessly to increase Shorehaven Golf Club’s contribution to the fund and he did so using the Marathon as a vehicle.  Impressively, Joe began our Marathon Monday at Knollwood, left later that morning for a Caddie Manager Association’s match at Bedford and then returned to Knollwood to finish the marathon.  Through his efforts, he singlehandedly raised more than $25,000; he wrote a personal thank you note to every friend, family members, and Shorehaven member who pledged on his behalf.  An example of true dedication!

As current president of the CGSMA, Joe has used this platform to advocate the importance of youth caddies among his peers.  With Joe’s encouragement, three young men from Shorehaven are currently receiving a caddie scholarship for the 2018-19 academic year. The Udo Reinach award is awarded to an individual who has demonstrated outstanding service and support of the Fund in the form of time, impact, and contributions.  Mr. Benjamin Kirschenbaum has been recommended by his fellow directors as the 2019 recipient of this special award for his extraordinary service to the Fund as president.  During his tenure, Ben made significant contributions to the Fund to include reorganization, management adjustments, and forging significant relationships.  His unwavering support to the Fund was exemplary.