On Thursday, May 20th, the WGACSF held its 2021 Kick-Off Meeting at Fairview Country Club in Greenwich, Connecticut. The annual meeting was held in person at the club, while various attendees joined virtually. Before the meeting, those who visited Fairview were treated to a great round of golf. The meeting itself prepared the Board of Directors and Club Representatives for the fundraising efforts in 2021, while also serving as the setting for the official presentation of the 2020 honor roll awards. Below are the highlights from the awards ceremony. 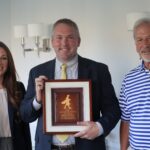 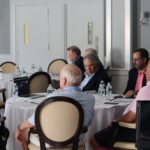 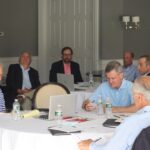 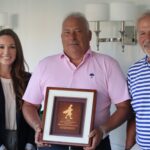 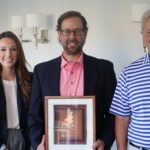 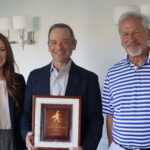 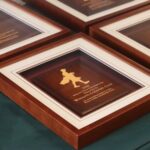 Both Shorehaven Golf Club and Wykagyl Country Club were honored with the Special Club Contributor Award. First awarded in 1993, this award also recognizes those clubs that have demonstrated a substantial increase in club contributions from the previous year.

For the first time since 2012 and eight time overall, Westchester Country Club was given the Willie Turnesa Outstanding Contributor Award. Otherwise known as the Club of the Year, it is awarded based on total contributions, per capita contributions, percent increases and consistency in giving to the Program. Last year, Westchester’s support was extraordinary, having contributed over $95,000.

Jim Martell was awarded the Sally Francis Alumni Award, which is presented to an outstanding alumnus/a for his/her continued support, service, and loyalty. Jim has served on the CSF Board of Directors for eight years as the representative from Wykagyl Country Club, where he recently served term as president. Jim currently serves as the Audit Committee Chairman and he continues to coordinate the club’s annual solicitation, most notably this year, during which the club contributed more than $62,000. Additionally, Jim led the club to conduct a second solicitation specifically sourcing donations for the establishment of the John Pinto Endowed Scholarship Fund, which generated $33,000.

Greg Elting of Sleepy Hollow Country Club was honored with the Caddie Manager Outstanding Service Award. It is awarded to the Caddie Manager who has gone above and beyond to support the Fund. Greg, a WGA Caddie Scholar Alumnus, class of 2002, truly leads by example as the Caddie Manager at Sleepy Hollow Country Club. He continues to advocate the importance of youth caddieing and its benefits to the high school students he recruits and to the supportive membership. Greg’s dedication to growing the number of youth caddies at Sleepy has yielded more scholarship recipients from the Club and some of the most outstanding Caddie Scholars in the program. In fact, Sleepy has had the greatest number of scholars for the past few years.

Finally, Joe Pica was awarded the Udo Reinach Award of Distinction. The Udo Reinach award is awarded to an individual who has demonstrated outstanding service and support of the Fund in the form of time, impact, and contributions. Joe is the Caddie Manager at Shorehaven Golf Club, President of the Caddie & Golf Services Managers Association, and father of a current Caddie Scholar. Joe was the 2018 recipient of the Caddie Manager of the Year Award after making an incredible mark on the CSF Golf Marathon at Knollwood Country Club. Joe has been awarded the most prestigious award this year for his dedicated service to the WGA Caddie Scholarship Fund, as demonstrated during the 2020 Golf Marathon, hosted by Shorehaven Golf Club. His personal fundraising efforts collected more than $60,000—the most money raised by any marathon participant in the history of the event.

The 2021 season promises to be full of great events and plenty of excitement as there is once again a full slate. Stay up to date with the latest CSF events and announcements by visiting our website or following us on Facebook and Twitter.