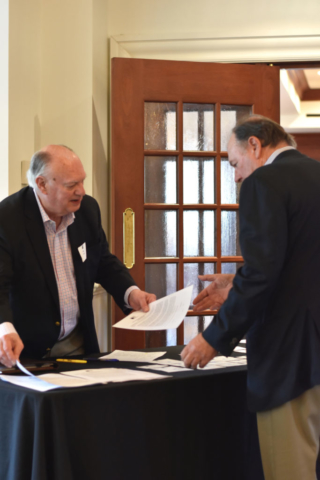 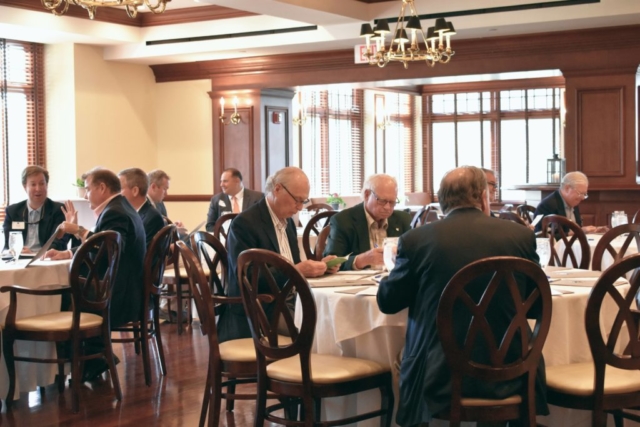 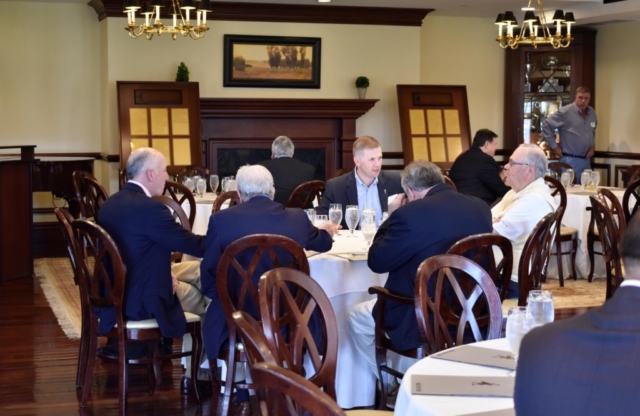 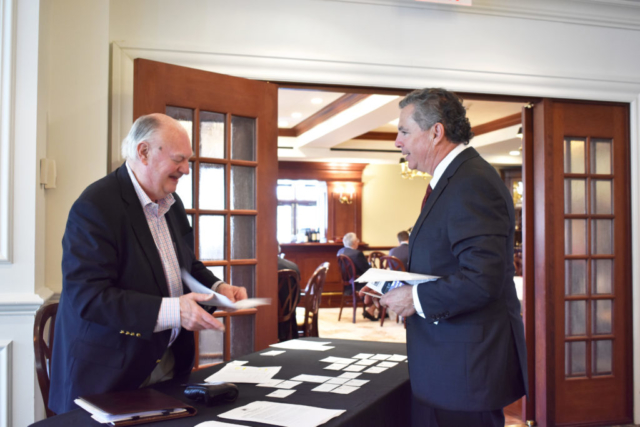 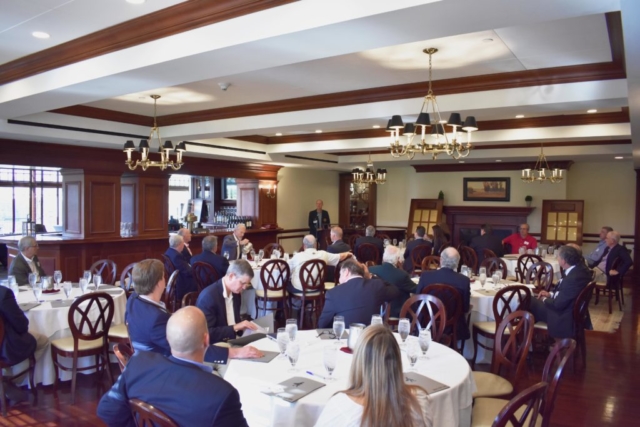 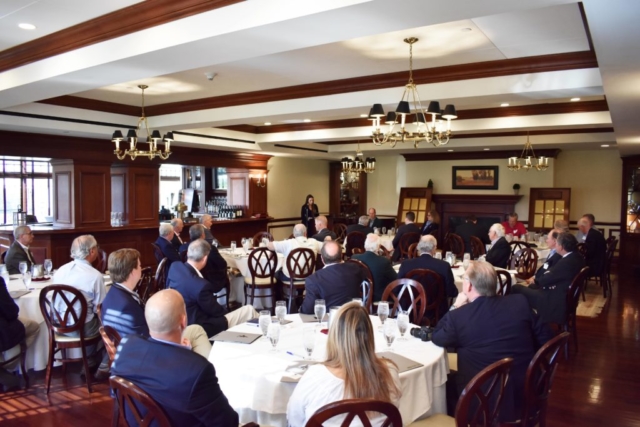 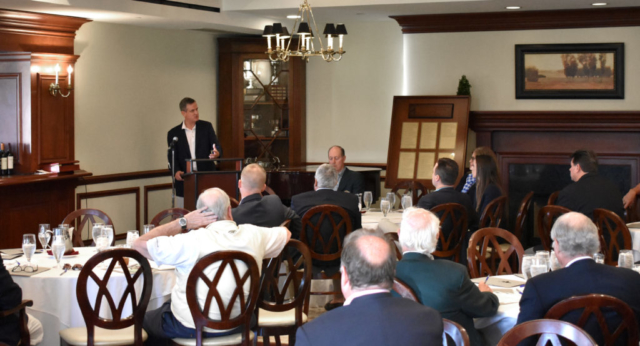 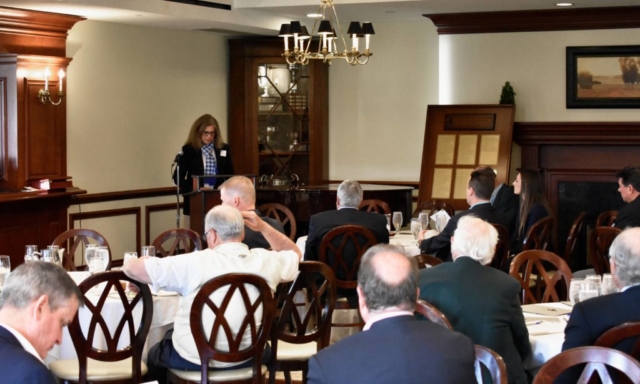 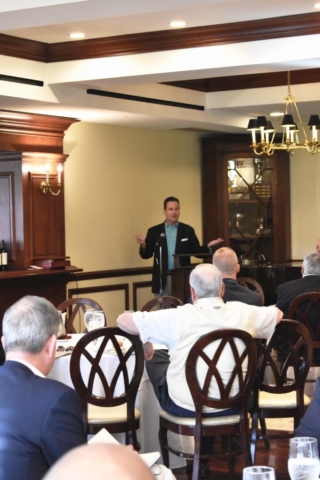 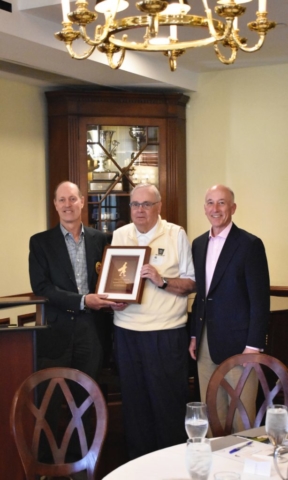 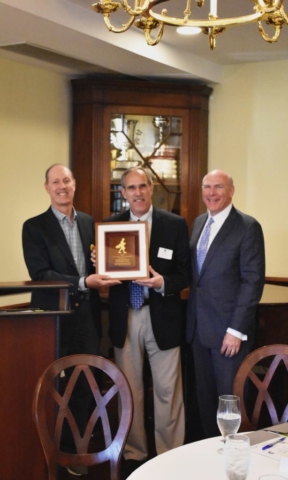 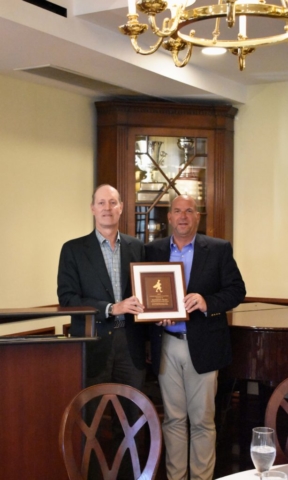 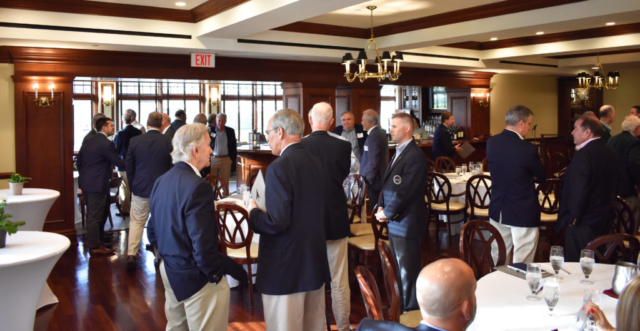 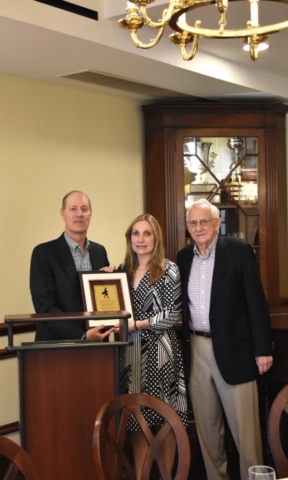 On May 2, 2018, Board members, club representatives, and friends of the Fund attended the WGA CSF annual Kick Off Meeting at Scarsdale Golf Club in Hartsdale, NY.  The Kick Off Meeting acts as the unofficial start of the season and it serves as the award ceremony for the 2017 Caddie Scholarship Special Recognition Awards.

Anthony Sileo, Caddie Manager at Tamarack Country Club, was the recipient of the 2017 Outstanding Service Award – Caddie Programs.  This award is given annually to the caddie manager that has gone above and beyond to support the Fund.  Anthony has significantly grown and improved TCC’s program, which has served as an example for other programs in the area.

The Sally Francis Alumni Award is given annually to a WGA Caddie Scholar alumnus in recognition of his/her continued support and loyalty.  Martin E. Maleska, Class of ’66, was the 2017 recipient, awarded for his exceptional dedication to the Fund and support of 2017 events.

The Udo Reinach Award of Distinction is awarded to an individual who has demonstrated outstanding service and support of the Fund.  The 2017 recipient, which was awarded at the end of 2016, was Robert J. Bluestone, of Rockrimmon Country Club.  The 2018 recipient, based on 2017 performance, was awarded at the 2018 Kick Off Meeting.  Rob Rusk, of Sleepy Hollow Country Club, was awarded the 2018 Udo Reinach Award for his innovative ideas, for always thinking of the Fund, among other significant contributions in the form of time and overall impact.

To conclude the day, Lauren Weller, former WGA CSF COO, was recognized for her 17 years of dedicated service to the Westchester Golf Association and WGA Caddie Scholarship Fund.